When I mention to people that I inked a bunch of comics in the late 80’s for Eternity comics, the response is a blank stare. I guess that is to be expected because they really only published books from 1986-1994 and all of them were black and white comics featuring unknown titles and up and coming artists. People might know the talent before the characters…guys like Evan Dorkin, Brian Pulido, Dale berry, Ron Lim, Ben Dunn, Dean Haspiel and a certain Italian from Brooklyn looking for any way possible to break into comics. 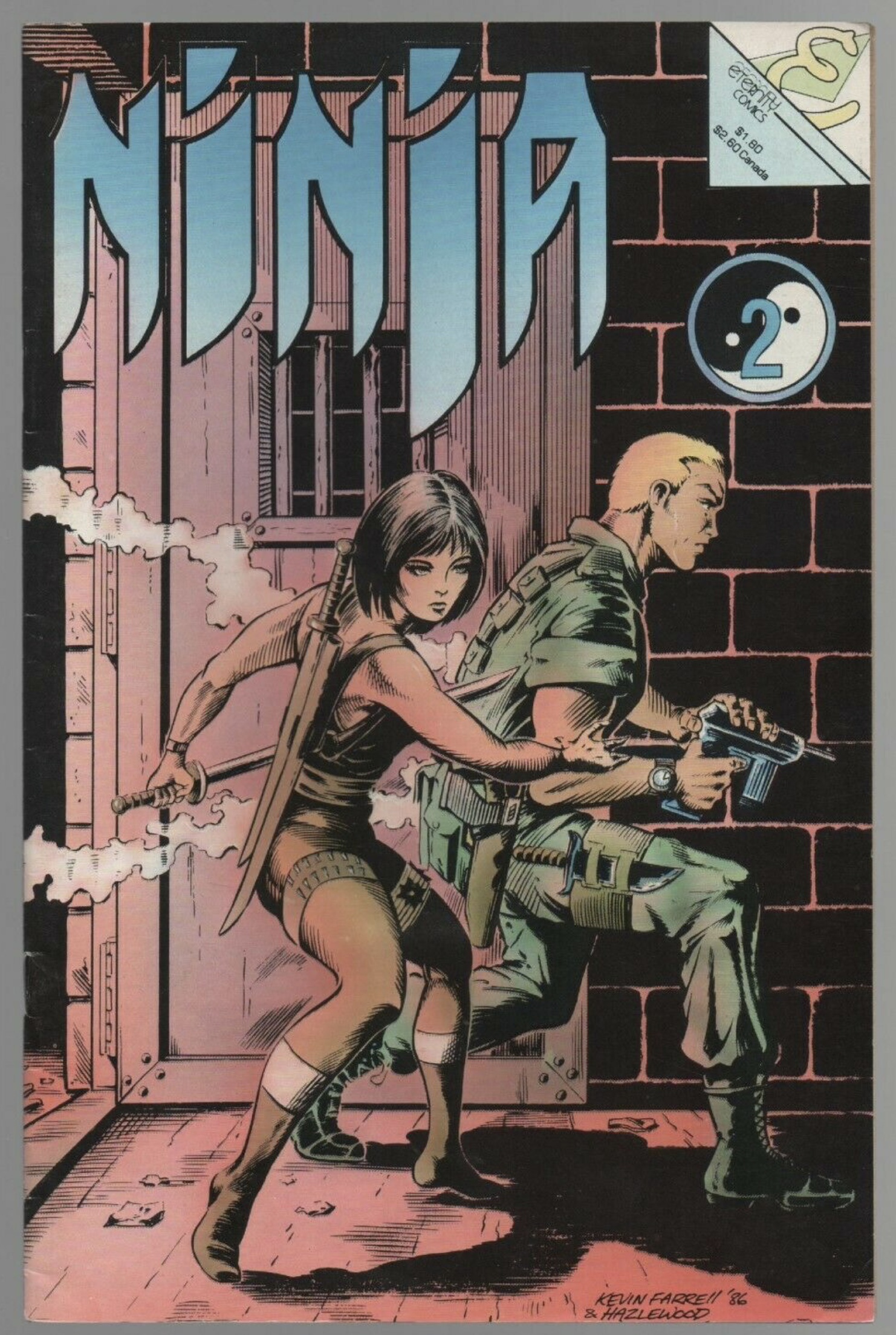 I forget how I got the call, but I was to meet some guys in a house in Bensonhurst Brooklyn that were publishing comics and were looking for help with the art. It was there I met two guys that I am still friends with, Brian Marshall and Tony Eng. They were packaging together comics for the California based company called ETERNITY Comics that was located in California and the company was financed by a guy named Scott Rosenberg. This company, by the way, eventually became an imprint of Malibu Comics, yes, the same company that got bought up by Marvel comics years later, but that’s another story for another day. 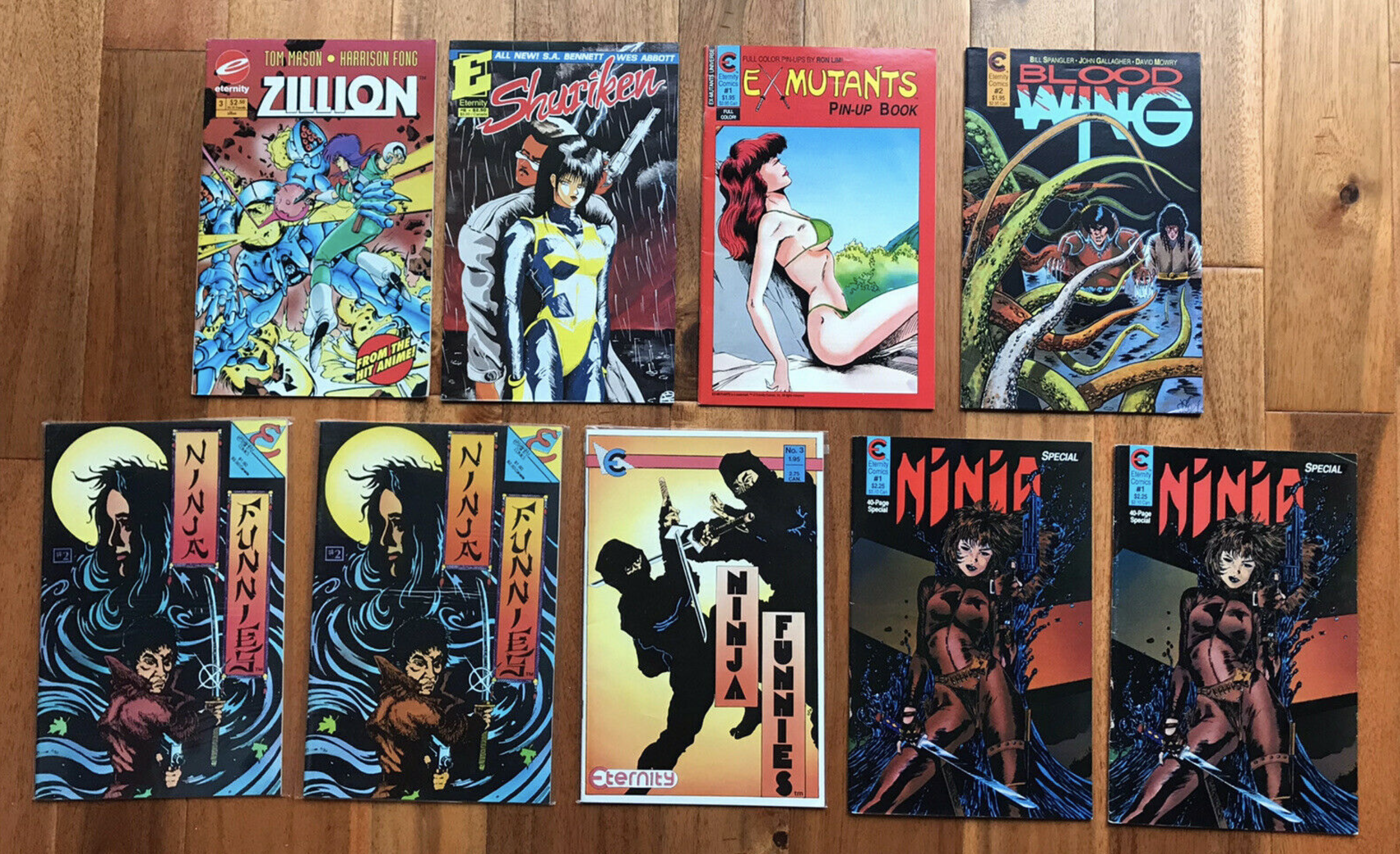 Anyway, I pull up to this residential house in a nice Italian neighborhood and in the window of the house are what looks like a row of severed heads- which I later found out were all rubber masks filled with newspaper. The neighborhood grandma’s must have shit themselves when walking by that place. A ring of the bell and I am greeted by Brian and shown around the place. From the outside, you would never expect that inside were desks, drawing tables, empty L&B garden pizza boxes, a lot of soda and beer and tons of very used comics. You guessed it, the place was housing a ton of comic artists and they were working all over the house. I was instantly smitten. 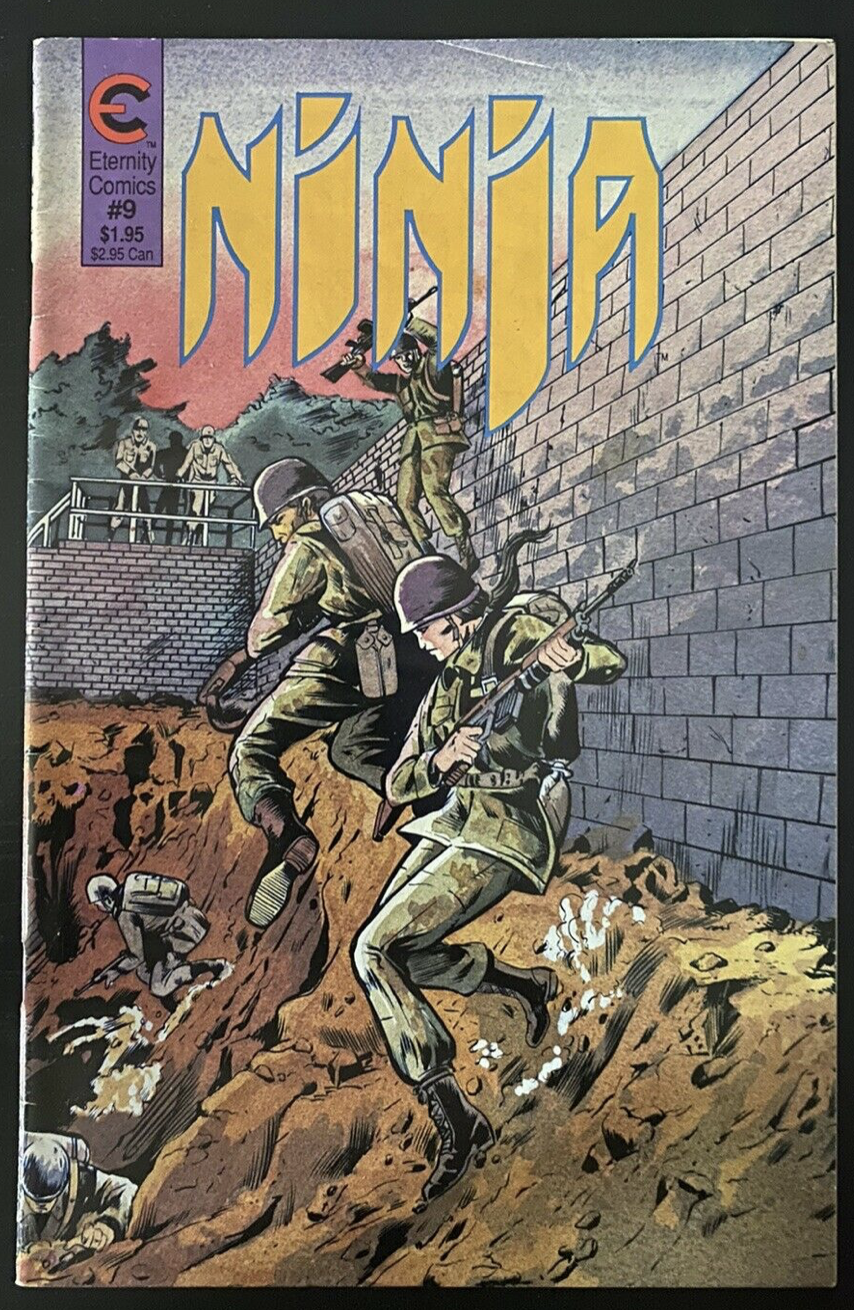 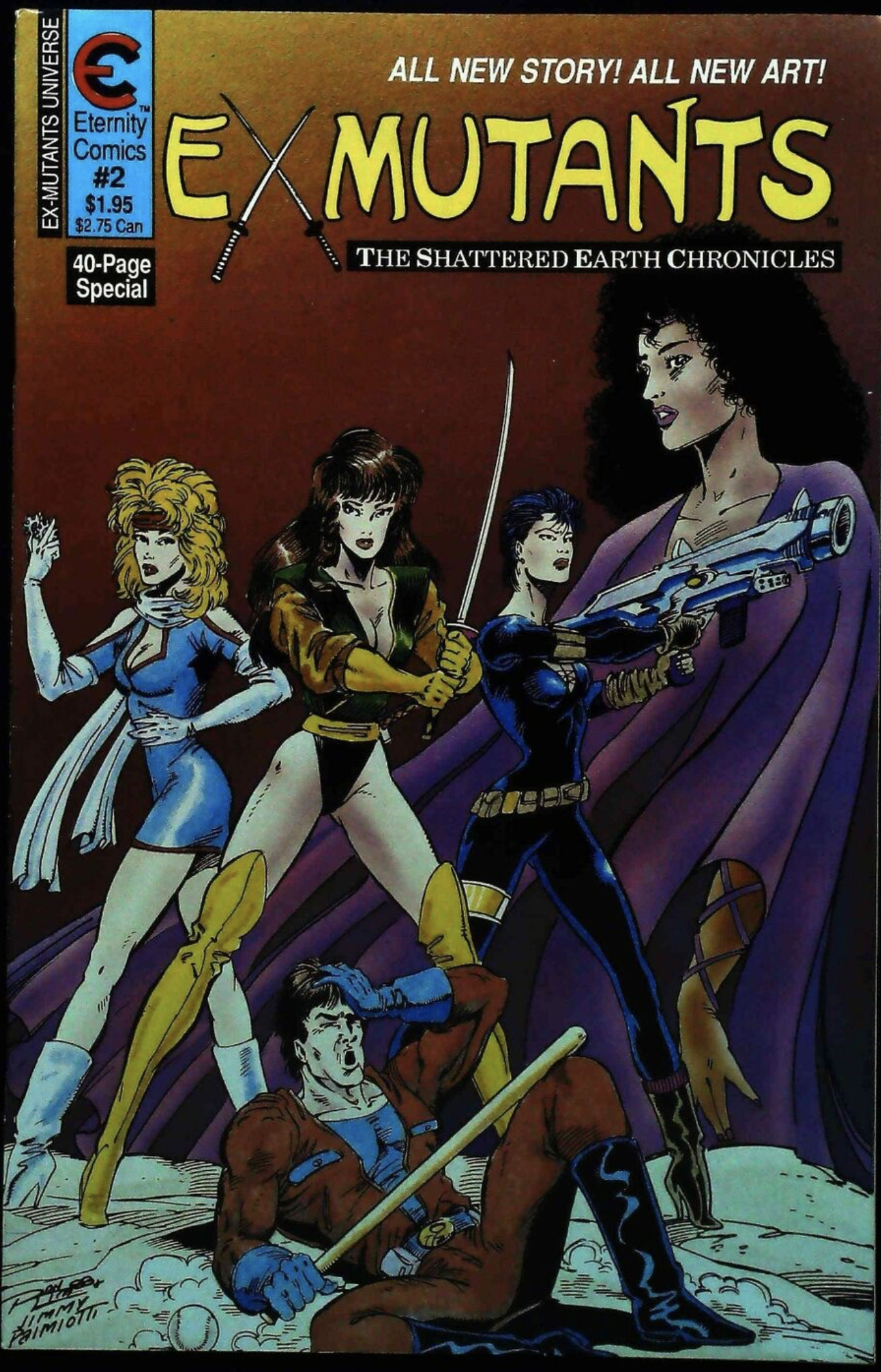 I showed Brian and tony my pencil work and my ink work and asked me what else I could do. I told them everything but letter and we were off. In no time, I was coloring comic covers by hand using a process where I painted on a blue line of the art and then put a black art vellum over it and it was shot for print. I was handed 22 pages of a book called Ninja. After 5 issues of that, I was handed some issues of New humans and Ex – Mutants, Yakuza, and so on. Book after book after book. Oh, the best part…I was paid about 2-300 bucks an entire issue. Enough for food and gas at the time. I was in underpaid heaven. 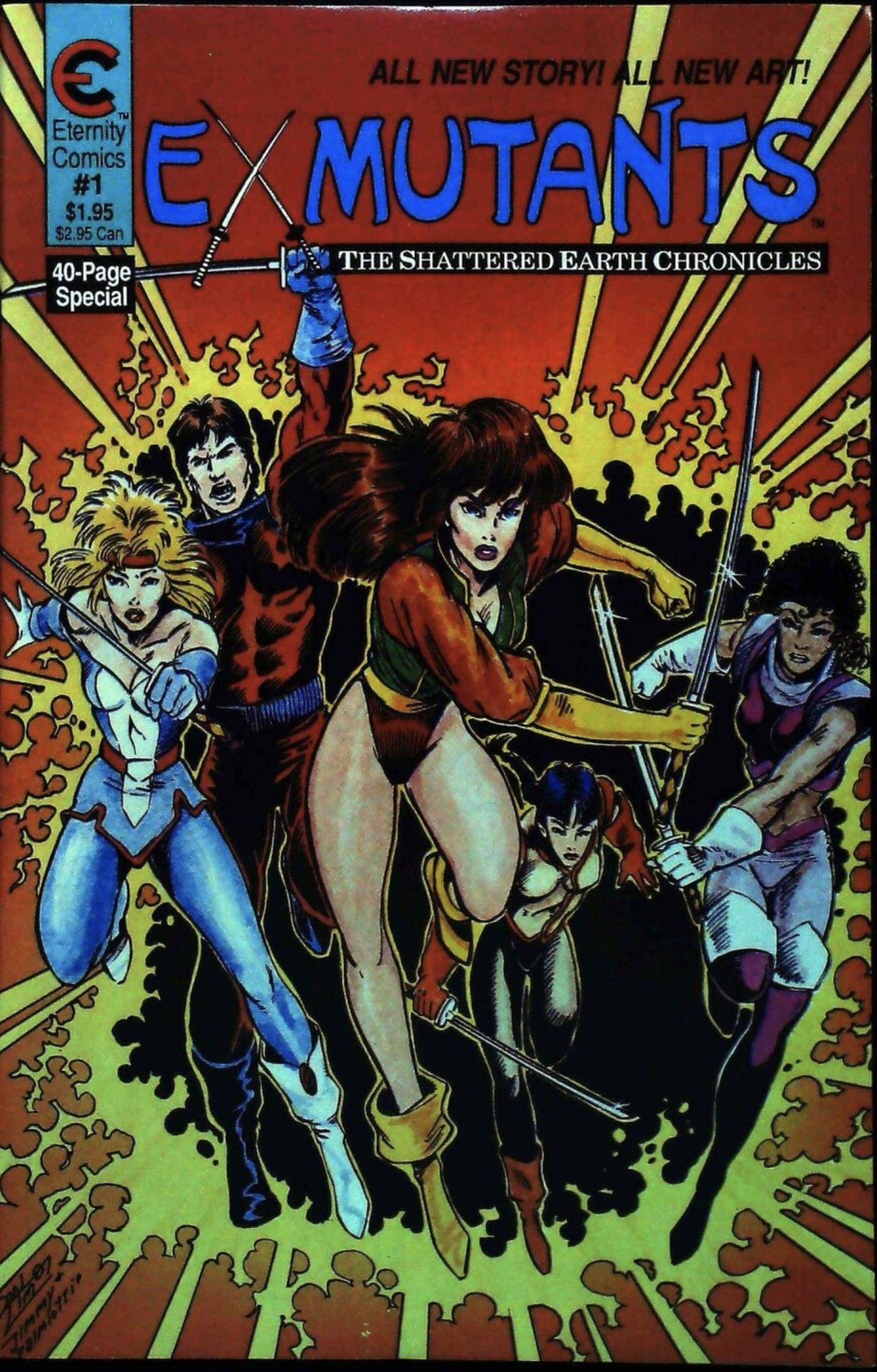 I don’t remember how my work wound down, but I do remember finally drawing a book called Night Visitors and it never making it to print and the art disappearing somehow. The best part of all these books was I got to work and learn around other professionals that would be in and out of the “comic house” and I got to become close with Tony and especially Brian, someone I talk to all the time these days and has a wonderful company called INTERPOP where Brian gets to stretch his creative wings. Anyway, this was a time before Marvel where I was learning the craft and working for them was just so much drunken fun. We worked on comics together, swapped war stories, went to new wave and punk clubs and really had absolutely no direction. 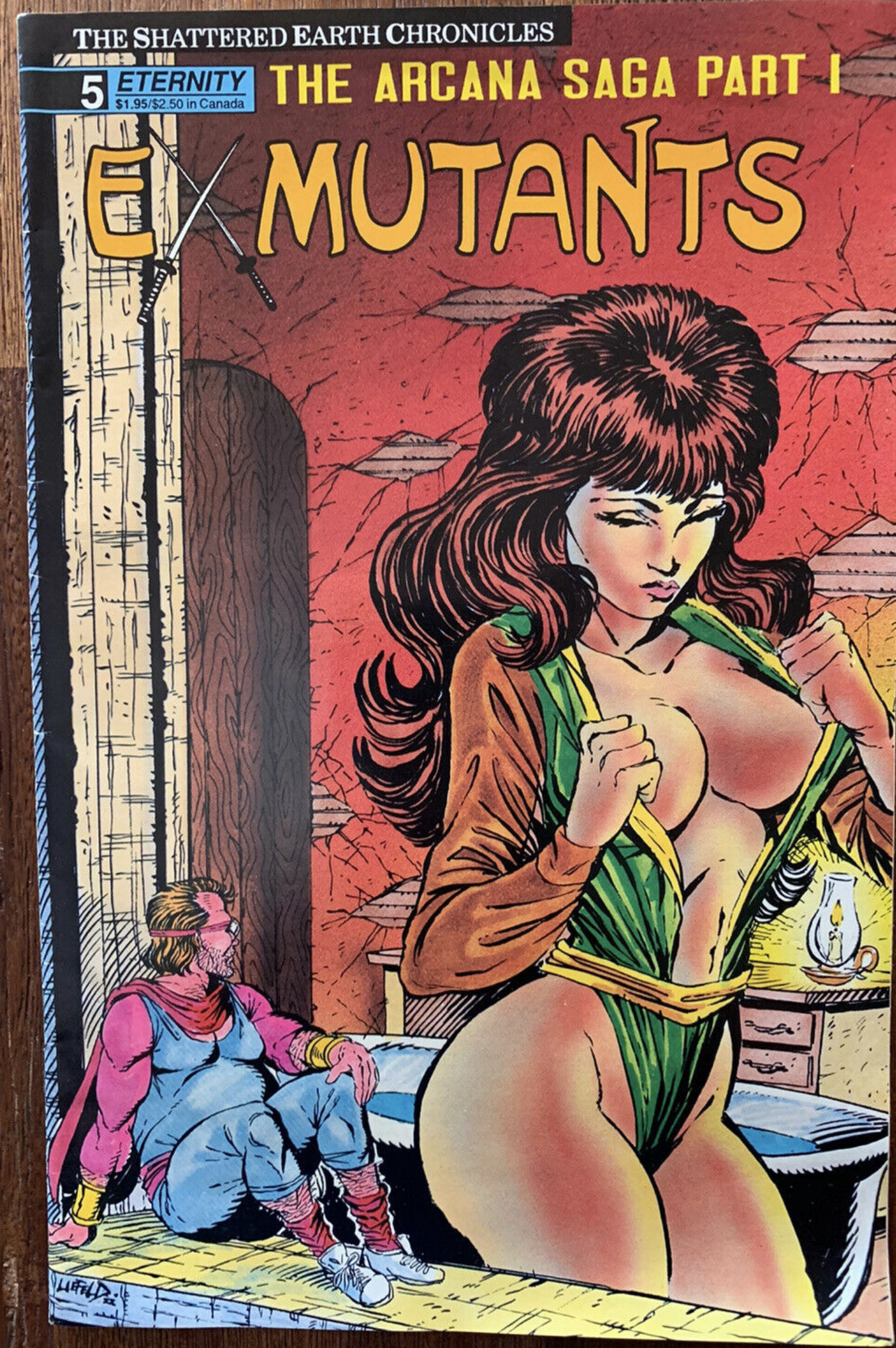 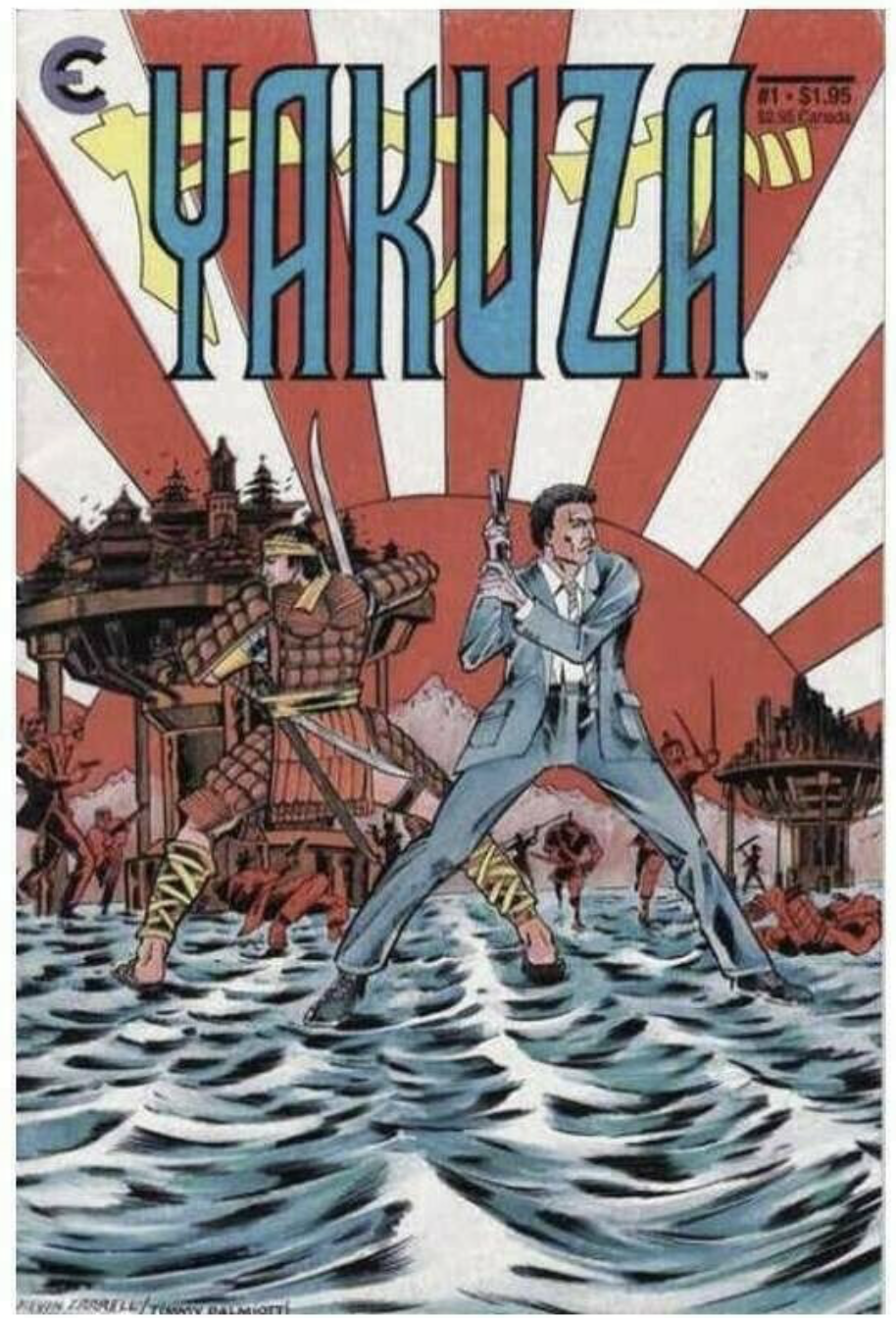 Good times.  If you enjoy these stories and want to here more and other tips and items and get access to exclusive books and content, I encourage you to join our Paid Subscription tiers.  We've got some amazing items coming in the future from video tutorials, screenwriting tips, Q&A sessions, exclusive comics and so much more!

PS: Sorry for the terrible scans. There isn’t much out there of these books.