I hope you enjoyed the first subscribers' chapter of THE AWAKENED - it’s just (well, literally) the beginning of what we’re trying to do with our superhero noir. If you like books like Astro City, Black Hammer, and The Golden Age, or movies like The Parallax View, then this series is the one for you. Every time I see new art from Dean Kotz come in, I feel like a kid in a candy store. So, hey, let me share that feeling - here’s a peek at some of the pages we shared with subscribers, just for kicks: 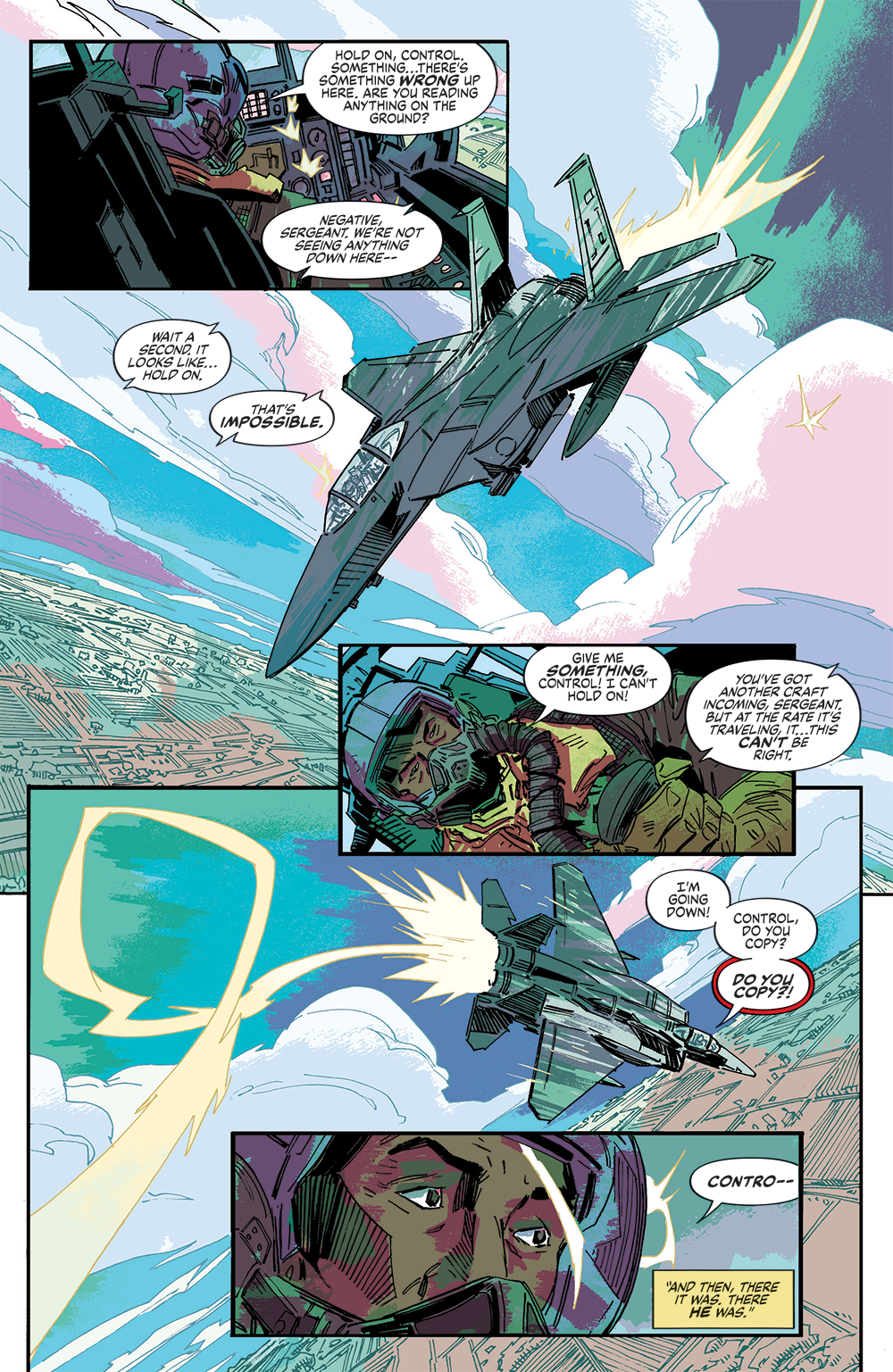 NPR MADE A COMIC BOOK?!

In other news, Gizmodo unveiled a first look at THE MYSTERIOUS MICRO-FACE #1, the comic I wrote for NPR’s Planet Money podcast. Yes, you read that correctly - NPR made a comic book! To learn more - and find out the origins of Micro-Face, who was redesigned by comic book legend Jerry Ordway, and drawn by superstar Jamal Igle, check out the story. You can order the comic now via the NPR Shop, too! Here's another page to get you jazzed:

The comic book industry lost a titan late last week, as legendary comic book writer/artist and creator advocate Neal Adams died at 80. There have been remembrances aplenty from people who knew Neal much better than I did, so do yourself a favor and check those out. My friend Dan Greenfield, EiC of the comics and culture site 13th Dimension, has done a particularly great job of compiling coverage.

As many have noted, few artists could blend realism with dynamic page design like Adams, who (along with writer Denny O’Neil) brought a grounded, noir sensibility to the Dark Knight that had been missing since he first appeared. In their hands, Batman became a blend of superheroics and Sherlock Holmes with a dash of pulp and the supernatural. Of course, Adams was more than just a guy who drew Batman well - he was a titan in many spaces, and a trailblazing voice for creator rights.

I had the honor of interacting and chatting with Neal a handful of times, and he was always charming and friendly, even when he didn’t need to be. He was actually the first creator I had to call when I started as a publicist at DC Comics, forever ago. That’s a story for another time, but he was very kind and considerate to a kid making his first big call as part of the comic book industry. I’ll always remember that.

The one bit I will share now is a simple one: when I was writing my comic book noir novel, Secret Identity, which is set in 1975 New York and stars a Cuban-American woman on a quest to achieve her dream of writing comics, I tried my best to create a sense of verisimilitude - that is, I wanted the reader to feel like what happened in the book could have happened. I also didn’t want to bog readers down with a lot of explaining. So when, for example, a character mentions Jim Starlin or Len Wein or Stan Lee, I didn’t derail the narrative by giving a Wikipedia-like explanation of who those people are, or why they were important. If you knew, you knew. If you didn’t - well, maybe you’d be interested enough to find out later. It kept the pacing brisk and it allowed me to create a sense of engagement - you weren’t reading someone’s recap of a story. You were in the story and had to keep up.

And, as the saying goes, the exception proves the rule. The one time in the book I deviated from that self-imposed idea helped (I think) showcase why I chose that path - because the narrative detour shows just how darn special the people involved were/are/will be.

To backtrack - early on in the book, we see our protagonist Carmen pop into an editor’s office - Rich Berger. He’s a friendly face in a fairly hostile work environment, and the aging editor often takes time out of his day to talk to this relatively new employee about comics. Not teaching her, mind you - it’s not a mentor situation. It’s a moment for two fans of the medium to swap stories and compare notes. One of the comics Berger introduces to Carmen is Detective Comics #395 - the first issue featuring Denny and Neal together. 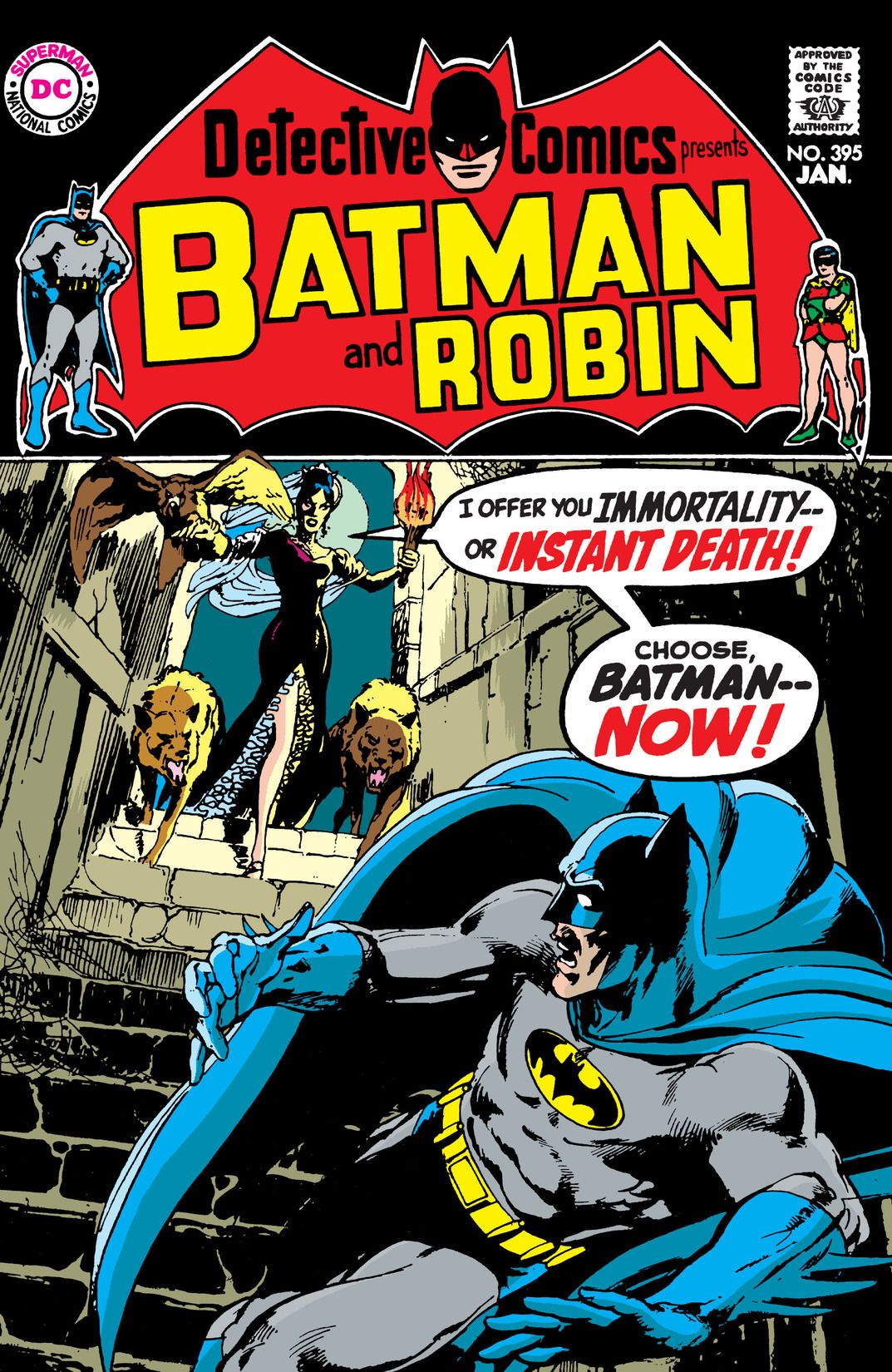 Berger explains to Carmen just how important Neal and Denny were, and how even with all the praise they’d gotten (it was 1975, but I think it still applies today), they deserved more. Here’s a snippet:

“I know Denny and Neal a bit,” Berger said a bit sheepishly, not one to name-drop. “As good as they are, as beloved as their work is, I still feel like they don’t get enough credit. Everyone wants the sexier book. The hot title. But I really think people are going to look back on these stories”—he pointed at the comic Carmen was holding—“as truly definitive. I mean, before Julie brought them on, and put them together, Batman was this happy-go-lucky guy, just skipping around town. But Denny and Neal made him a dark avenger. This creepy vigilante that’s as much Sherlock Holmes as he is a superhero, with a nice dose of the supernatural. It starts with this one, if I’m not mistaken. They’re really quite fabulous. I know you want to learn the craft, to write your own stories someday. This shows you how it’s done—and done well.”

It’s hard to put into words how much Neal Adams’ work meant to me as not just a writer, but a fan of comics in general and Batman in particular. I tried, in my own way, to honor him and Denny.

Rest in peace to a true legend. My condolences to his family, fans, and many friends and admirers.